What is Steampunk clothing? Inspired by the past and the future, this unusual style is becoming more popular than ever. It's a blending of Victorian fashion, the concept of steam powered machinery from the 19th century and a futuristic, post apocalyptic gadgets and gismos. Let your imagination rule and dressup costume fun will follow.

It seems the "steampunk" phrase was coined in the 1980's and a good explanation of what it is  exactly, can be read at Wikipedia. Click here for the article.

Here is an outfit that I put together using Simplicity patterns and a Butterick pattern.

I used three sewing patterns to create this Steampunk outfit. I used the simplicity pattern 2172 for the jacket, and bustier. I used Simplicity pattern 2525 for the hat and I used Butterick 4954 for the skirt.

Here is an example of repurposing an early 2000s grad dress into a steampunk costume. The hat was handmade, the glasses were found in a thrift store for $2.00 dollars and the choker is a piece of velvet ribbon with some embellishments.

I cut the dress to the length I wanted and with extra tulle I made a bustle for the back. I added the chain and some embellishments. Its very simple to create a costume from repurposed fashion.

For the mini top hat, I purchased a top hat step by step tutorial and supplies from the Hatheads School of Milnery etsy.com shop. My results for this top hat is significantly better than my first attempt above. It was so easy and I was very happy with the finished product.

Steampunk  sub culture has become so popular, books are being written and Hollywood has jump on board. Below are some examples of books related to the Steampunk genre. Steampunk clothing, gadgets, and jewellery, are all part of what makes up this sub culture.

Movies are are a great way to find inspriation for fabrics and styles of historical costumes or any genre of costume. These movies I have used for great steampunk clothing inspiration.

Sew Stitch Learn is a participant in the Amazon Services LLC Associates Program, an affiliate advertising program designed to provide a means for sites to earn advertising fees by advertising and linking to Amazon.com

This website contains affiliate links. (This means I may receive a small commission, at no cost to you, if you purchase through a link this helps me cover the costs to keep Sew Stitch Learn on the web. Thank you for your support. :) 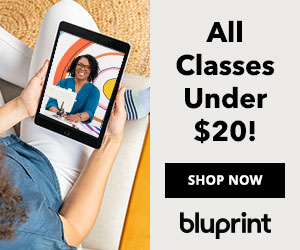 If you buy me a coffee, it will help me keep Sew Stitch Learn running. Thank you in advance. :)